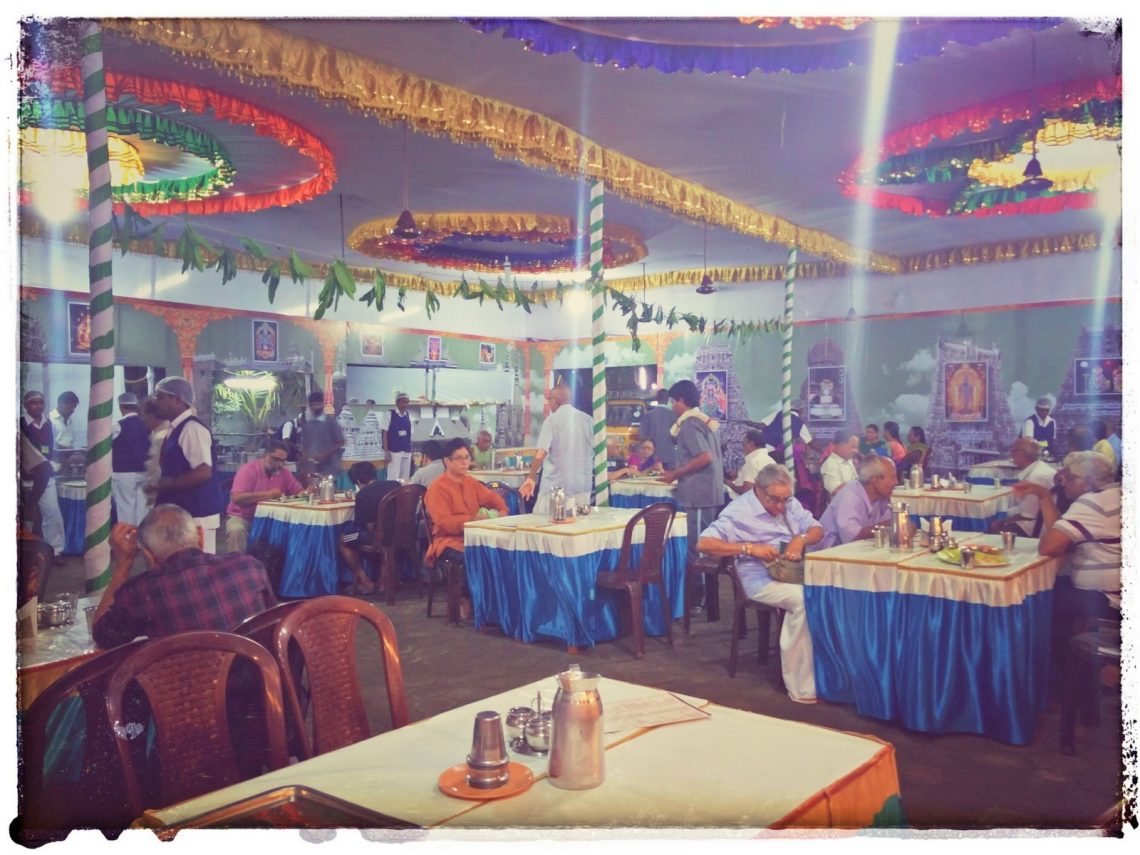 How did the simple array of Tiffin meant for breaks between concerts, morph into a culinary tradition during the season? Mount Sreenivasan, of the famous Mountbatten Mani Iyer canteen at Parthasarathy Swami Sabha, talks to us in a freewheeling chat.

The passion for food comes through strongly as you talk to Mount Sreenivasan, whose dominant image of himself is the man who picks up the menu wherever he goes. He is quick to clarify that his focus is mainly on the South Indian section of any menu. This partly explains why the canteens during the December season, driven by people like him, essentially focus on simple and authentic South Indian food. In a way, it is a tradition in the process of taking shape, parallel to the rich and entrenched Carnatic music tradition it accompanies. It is also a respite from the confused palette of quick, processed food that plagues us for the rest of the year. In the midst of this culinary mayhem, the canteens are a meditative zone cooking the kind of food our grand-moms and their mothers cooked everyday. 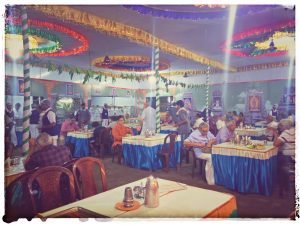 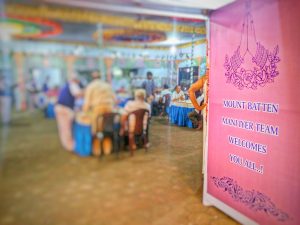 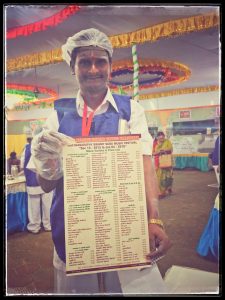 Doesn’t the season give him far more freedom to play around with choices and menus? Mount Sreenivasan readily agrees. This is after all his equivalent of the 15 minutes of Sanjay Subrahmanyam’s raga elaboration. He unleashes his creativity, and experiments with dishes you wouldn’t see on a normal wedding menu. Watermelon Rasam for instance. Featured as a part of the lunch menu last season, this was the product of a friend’s inspiration, and Sreenivasan’s culinary skills. It turned out to be a huge hit, he recalls. His diverse team, with cooks from different parts of South India contributes to expanding menus. Mangalore buns were suggested by one of his Udipi cooks, and Sreenivasan after a trip to Udipi, crafted his own variation of it. His unabashed individuality, while at its height during the season, expresses itself in wedding menus as well. “I can’t simply accept people’s choices. After all, don’t they come to me for my expertise?” – he says with appealing logic. His menus are built to accord with seasons, and times of the day. You will never see an Idli Sambar on his dinner menu, being as it is, a pure breakfast fit. He will instead customize it to give you a Molaga Podi Idli, with small Idlis tossed in the fiery gun powder – a perfect bite sized appetizer.

Sreenivasan’s resolve has been to serve food without onion and garlic. While the idea is not new to those familiar with the way Tamil Brahmins and Jains cook, his resolve is not traceable to his Tamil Brahmin roots alone. While it reflects his larger effort to cook food, as close as possible to that cooked at home, he was concerned, nay, almost dismayed at how these two flavours had come to dominate all food. Almost everything, from the masala that goes with Puris, to Rasam and the Kaikari, had traces of one of these elements. He decided to fight this trend, and consequently, every single item on his elaborate Elai Sappadu lunch menu is without onion and garlic. A challenge it might seem, but it brings to the fore many other hidden and forgotten spices, and flavours.

The novelties planned for this season are many. You can look forward to a Vazhaipoo Vadai (fried dumplings with banana flower), but made with a mix of Pachai Payaru (Green Moong Dal) and Paruppu (lentils). The Green Moong Dal is a healthy ingredient, and balances the gas content of the Paruppu. Consistent with the demand for healthy food and the interest in millets, he will also be introducing Paniyaram made with Karupatti, Barley Idlis, Thinai Pongal and Vendhaya Dosai. For him, the seasonal canteen plays no small role in expanding the regular palette to accommodate these items. The space to experiment is greater, and the feedback is immediate and more frank. With time, these novelties will begin to appear on wedding menus as well.

We wonder if there are those ‘moments’ with artists and food? How much can he tell us of what tingles the taste buds of these stars? He instantly recalls the case of M.S. Subbulakshmi speaking highly of his father’s Pal Payasam. No sooner had she mentioned it in a conversation, that Mountbatten Mani Iyer stirred a pot, and had it sent to her Kotturpuram residence. Similarly, Sreenivasan recalls Jesudas intensely enjoying his Kanjeevaram Idli and even taking some back home for his family.

Much like people who play an integral role in creating and sustaining traditions, Sreenivasan does not have lofty views of his own contribution. Even as we talk, we can sense he is preparing himself, business-like, for a hectic month to follow. While we write narratives of tradition, he brings it alive, with mouthfuls of his deadly Akkara-adisil.

This piece was written by Preeti Mohan.

We are currently exploring the food and culture trail in Chennai during the December Music Season. Do check out our page Puliyogare Travels to stay updated with daily lunch menus at the canteens and for more! 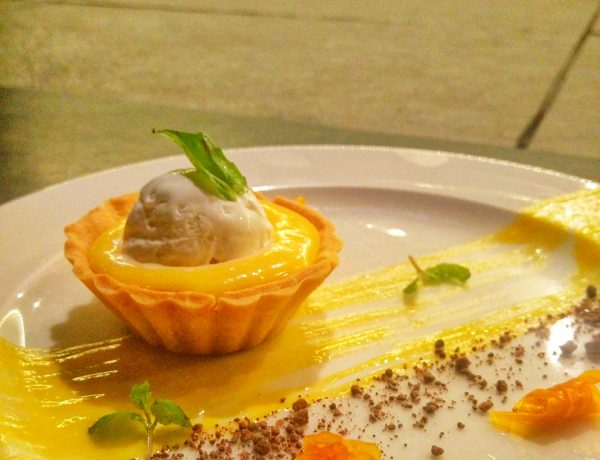 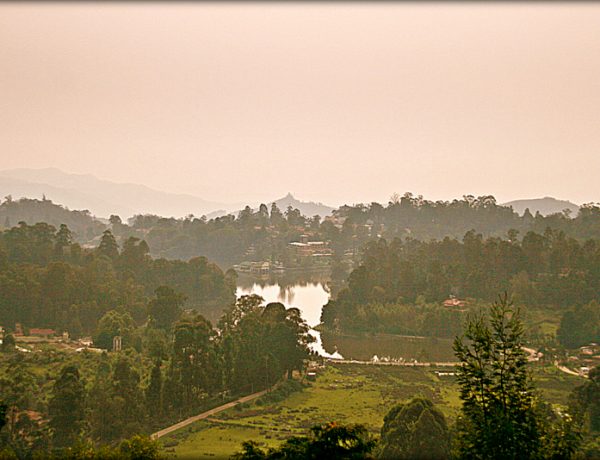 Kodaikanal – a reservoir of memories

Fried crisps from the interiors of Tuticorin - Cheeni Mittai

Spoonful of music - Nisha Rajagopal on food and music