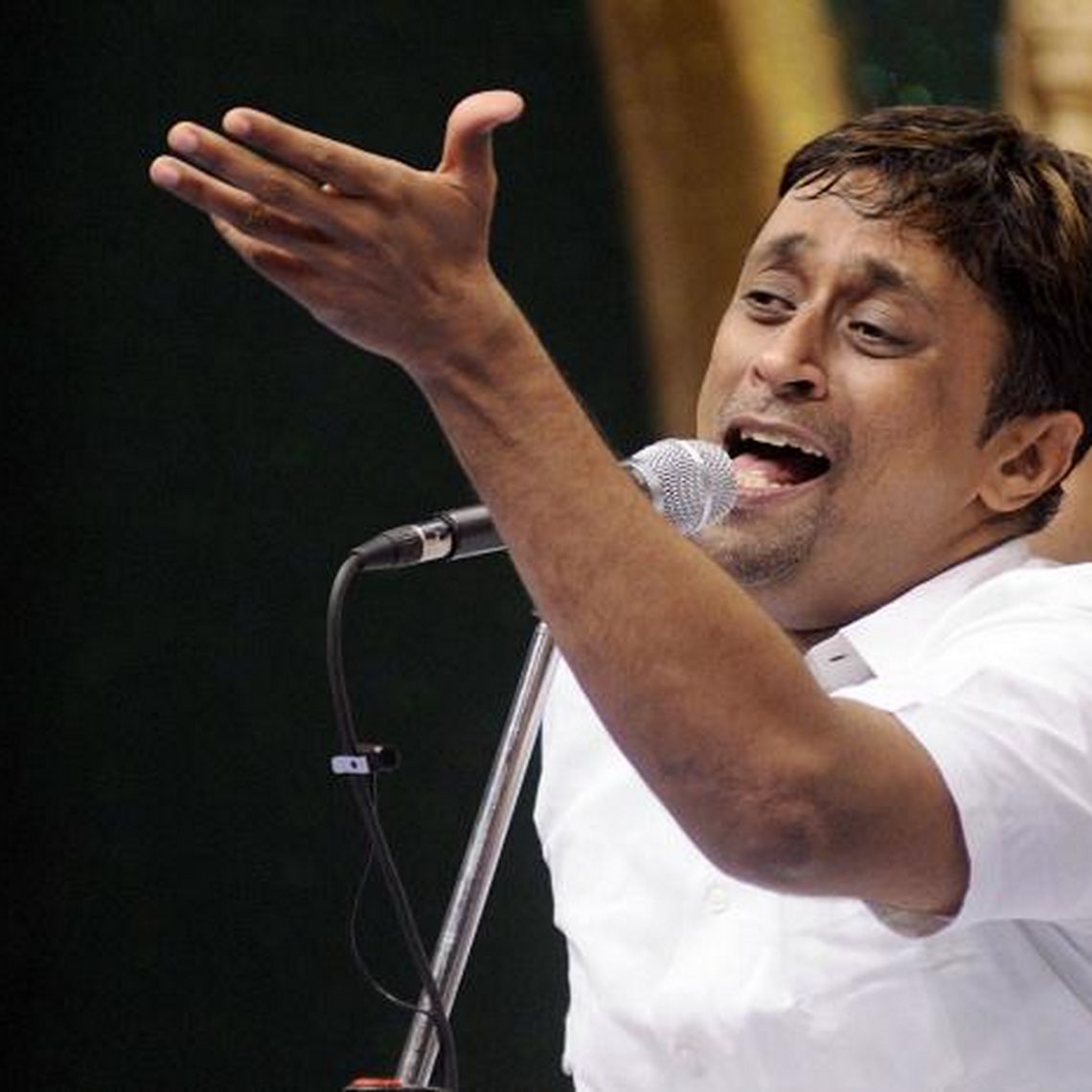 Reliving Sanjay in innumerable ways! This was written and published for the Deccan Chronicle by Preeti Mohan in 2014. Here’s the link to the original piece. The audience felt a collective sense of homecoming as the familiar sound of Tamil fell on their ears. In the few minutes that followed, Sanjay Subrahmanyam’s rendition of ‘Vazhiya Bharatam’ created a feeling of unison and oneness, beyond that of a shared musical universe. The verse of Suddhananda Bharati, often sung by Subrahmanyam in his concerts, had many of us struggling to articulate the rush of emotion we experienced. There was this surge of nationalism that we — the post-independence generation feel, connects us in the deepest and most organic way to the movement that gave us our freedom and a new identity. The verse spoke of the power of love, not in the narrow and restricted way modern vocabulary understands the term, but as the fundamental human-to-human bond that transcends all artificial divisions. There was also a tribute to “kadavul”, not as much a theistic God as an idea that represents a most elevated experience of the universe. The seeds of a seminal thought sprung from every line of the poem, in the most self-assured manner and without a hint of the disruptive. Would this somewhat accurately describe the philosophy that drives the music and persona of Sanjay Subrahmanyam? One feels hesitant even to frame the question as Subrahmanyam appears to have consistently steered clear of defining and being defined. Even as one expects to hear a dramatic answer to the question of why he chooses to give prominent space to Tamil compositions in his concerts, all one gets is a simple reply that he loves the language. But that’s clearly not all, as Subrahmanyam’s passion for the language and his Tamil roots is evident. He has in an almost Holmes-esque fashion, dug up works of forgotten Tamil poets, and given them pride of place in the world of classical music. In a sense, his journey betrays the oft-repeated insight that the personal is often deeply political. The nuance in his position however comes through in his inability to subscribe to the perception of this as a narrowly pitched battle, for Tamil’s rightful place in a Telugu/Sanskrit fiefdom. At a recent concert, in response to a question on what he thinks of the winds of change in classical music, Subrahmanyam apparently answered with complete ease that change was inevitable. Referring to the way his generation of musicians performed as being quite different from the previous, he pointed out that this change would be visible with the next generation as well. The point seems rather simple to make, but belies the depth of his understanding of tradition, progress and reform. While he is a torch-bearer of the rich Carnatic music performance tradition, this has never stopped him from re-defining its boundaries. His efforts for instance, to revitalise Tamil verses, are most natural and least imposing ideologically, and do not leave you with polemical questions of whether tradition is to be adhered to or abandoned. In his case, it seems, such questions are redundant as we develop a more expansive understanding of tradition. New perspectives emerge, but are grounded and anchored. I am reminded of the classification that historians and political thinkers often adopt — of reformers on one hand and radicals on the other. I would probably do extreme injustice to use these categories in relation to a person who has avoided and defied labels. But I cannot but think of Subrahmanyam as a reformer, as the one who ushers in quiet change, often slow and painstaking. It is the kind of change whose tangible signs the reformer does not aim to see during his lifetime, but leaves its indelible mark for posterity. Check out our fan page – Puliyogare Travels and subscribe to our blog Puliyogare Travels  for such pieces and interesting food trails in India.